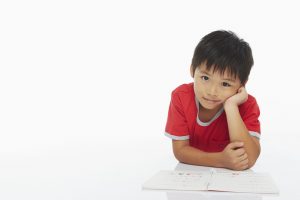 Reading is a very personal journey for children, and one that is undoubtedly tackled at a pace that is different in every case. With that said, that’s not to say that parents can’t help their children to achieve their potential.

There are very few parents, teachers or child development experts that doubt the importance of introducing children to books at an early age – the familiarization with the intimate time with mom or dad and a bedtime story is a classic family moment.

Recognize When Your Child Is Ready To Begin Reading

One of the biggest challenges for parents is balancing the timing. Moms and dads fear that they’ll push their children too hard too early and have unreasonable expectations, but at the same time worry about leaving things too late.

Studies suggest that it’s rarely too early to encourage your child to start to get to grips with reading, but the emphasis is very much on encouragement. It shouldn’t be about expectation, or pushing to get things right. It’s about picking up on the subtle signs your children give out, which can help you to know when the time is right.

Being receptive to these almost hidden signals mean that you can help give your child a better chance of taking to school like a duck to water, knowing enough to be able to take on the challenge with confidence and experience at a time when their peers are familiar only with being read stories by adults.

Children that begin formal education confidently are more likely to complete their education in the same manner, heading out into the world as young adults with excellent prospects.

Let’s look at some of those hidden signals, so that once you know what they are and how to spot them, are anything but hidden. They form a great marker to tell you that your child is ready to start putting the early building blocks of reading into place.

While it’s common for three year olds to be starting to pick up the basics of reading, early or late starters aren’t necessarily a cause for concern. Generally, you would expect a child to be familiar with early reading by kindergarten, but that doesn’t necessarily mean reading on their own or to parents, it may be as simple as an understanding of an existence of books and how they work.

Reading Their Own Story

It will come as no surprise to you to hear that children love the pictures in books. That’s the number one reason why children’s fiction publishers invest so much in printing illustrated and often colorful books compared to adult novels. As the saying goes, a picture paints a thousand words. Perhaps more novels should follow the lead of children’s authors and illustrators, but that’s a different subject.

The images are sometimes (incorrectly) said to do the work of a child’s imagination for them, with those pushing such views arguing it damages the child’s creativity. Conversely, it offers a starting point for that creativity. It’s that power of imagination that created the signal you’re looking for.

More specifically, you’re looking for your child creating their own story that loosely follows to imagery in a book. If they’re very familiar with a particular book, it might closely match the book itself, but don’t worry if the stories diverge from the words on the page – that’s a great sign so certainly don’t correct them.

With books that are unfamiliar, you’ll often hear a wonderfully creative imagination at work, creating a narrative that’s based on the picture, or part of the picture that your child sees at that brief moment in time.

You might feel concerned if your child’s finger traces along the words as they read their own version. Again, don’t worry, they’re just showing that they’re recognizing how reading works for you, and trying to mimic that. Of course they won’t use the right words yet – but it is a great sign they know where they’re heading! It may even show an early appreciation that a sequence of letters broken up by spaces are actually a collection of words.

Once you child makes the connection between you reading a story and the words on the page, they’re making a very important first step in recognizing what words are. That acknowledgement that a string of letters has meaning is a very difficult concept to explain to a young brain. If you think about it, words on paper are very much a human invention, so it’s not something that you will ‘just learn’ from evolution. To put it another way, it’s about nurture rather than nature.

Don’t be too concerned if your child hasn’t picked the concept up yet, just persevere with reading to them, visibly using your finger to follow the words as you read, and in time the connection will fuse in their mind.

As you progress, you can begin pointing our individual letters, for example see-eh-tee (c-a-t)… cat. Doing this from time to time will help to break words down and foster a sense of pattern matching. Understanding the theory of phonemes can be important – the building blocks of sounds forming words. These act as a useful translation between speech and written words, the vast majority of young children will be speaking much more fluently than they read.

As they get more and more used to letters, you’ll notice that they start to point them out (usually out of nowhere) in day to day life. That might be on signs on stores, or perhaps on product packaging. The important point is that your child is telling you they recognize their first letters. Once the first is down, only twenty five to go! Joking aside, once the first letter clicks, that’s the most important sign, each additional letter will become easier and easier to pick up, certainly until you’re left with the less common ones that you’ll see less in the world, like the X’s and Z’s.

Is Behavior Silly Or Insightful?

It’s easy for parents to feel as frustrated as children when reading feels to be progressing at a slow pace, but it’s possible that your child may at times show encouraging signs that can easily be misinterpreted as obstructive or plain silly.

For example, if your child keeps turning the book upside down, recognize that they know what they’re doing, they know it’s upside down if they think it’s funny! Reassure them that it’s great that they know which way up it should be – it’s a learning landmark in itself! It’s easy to feel frustrated when you’re feeling like they can’t be bothered – but testing boundaries is part of learning too, and when you can, focus on the positives.

The same applies with starting at the beginning of the book and working through page by page. If they go backwards, and they’re revisiting a part they enjoyed earlier in the story, they’re showing an understanding of the structure of the book.

All of these signs are clues that your child is beginning to understand how books, sentences, words and letters work together, even if they’re yet to realize the enormity of the challenge ahead. That’s a great thing, chipping away at the first few steps without realizing it has made the whole journey feel shorter and more achievable, after all they’re taking those steps naturally.

As a final point, watch for the time when your child is excited to finish a book, especially a favorite story. That shows the emotional intelligence is developing from a number of perspectives. In particular, they’re able to sit patiently and attentively to enjoy the plot, no matter how simple the story is. That attention span, coupled with the understanding that the last page and closing of the book marks the end of the story is a final piece of the puzzle that suggests reading themselves is a task that’s getting more feasible to learn.

Don’t confuse the repeated request to read it again with thinking they don’t understand the story has ended. It’s actually quite the opposite. If a child enjoys a story and asks to hear it again, they clearly know it’s over. Asking for it again demonstrates enjoyment, and shows that they want the fun to continue rather than to end just because the story has finished.

Get Started With Baby Steps

Once you get started with reading, you’ll likely move forward with ease, so long as expectations are realistic. Don’t worry about ‘doing more harm than good’, as that won’t happen if you’re encouraging rather than pushing your child to start reading. If things seem too hard, you can always stop and come back to getting started later.

There’s no one way to learn to read, or get started with any learning, but some techniques do seem to get better results than others. As you can read on our site here at RovingFiddleHead.com, we’ve found that among a number of approaches, some have a much more consistent success rate.